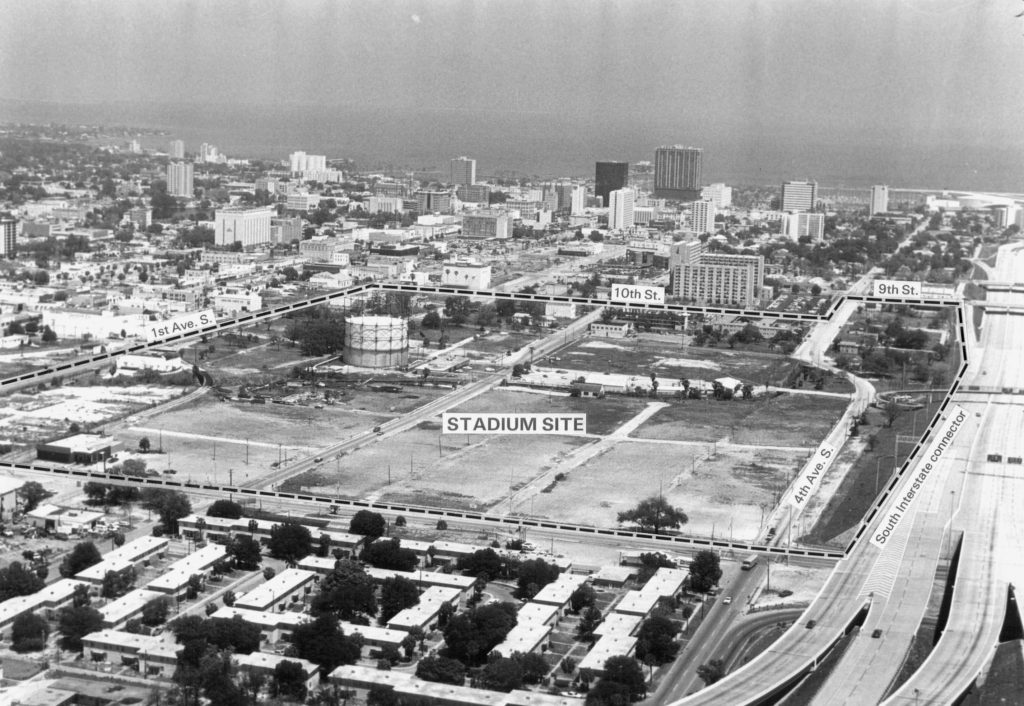 While Tropicana Field inspires constant debate about the viability of baseball in the area and what stadium solution might solve the Rays’ issues, the construction and development of the stadium in the 80s deserves more attention as a conversation about what our community values. In building what was then known as the Florida Suncoast Dome as well as connector highways I-175 and I-375, developers leveled the Gas Plant and Methodist Town neighborhoods, areas first settled by newly freed African Americans in the late-1800s. In addition to the destruction of the city’s black epicenter, the overall effect of the stadium and highway development was to further entrench the segregation of the city, creating literal walls between communities.

As discussions of the Trop site redevelopment gain steam, with or without baseball, ideas about how to better connect and integrate the city, while honor the heritage of its black community, must be explored.

For further reading about the Trop site development, see Sarah-Jane L. Vatelot’s “Where Have All The Mangoes Gone?” project
and read St Petersburg’s Historic African American Neighborhoods by Rosalie Peck and Jon Wilson.

Where Have
All The
Mangoes Gone?