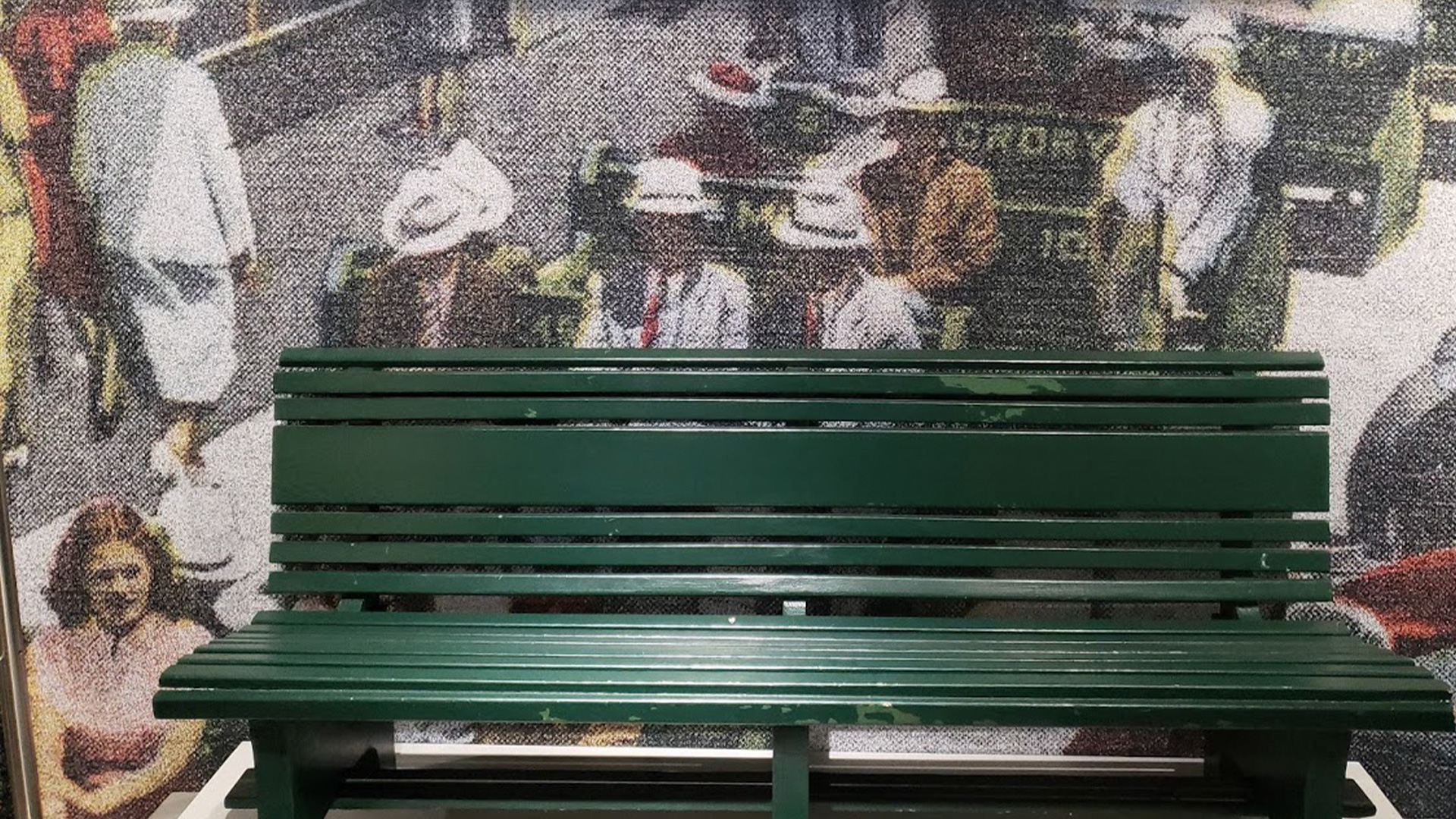 Promoted as the “City of Green Benches” to visitors, St Petersburg was featured on postcards showing people by the hundred, sitting under the sunshine on thousands of green benches that lined downtown’s sidewalks. But black citizens of the Sunshine City found them less welcoming. They weren’t permitted to sit and rest on these green benches, and any rare attempt resulted in abrupt rousting by police or shop owners and told to move along. So that white tourists should not have to see them, black citizens who were not actively working were kept away from downtown through the coordinated actions of white citizens.

In recent years, this less-than-sunny side of the story of St Pete’s celebrated green benches has seen new light. Articles, opinion pieces and museum exhibits explore how we should best approach this subject to educate about, and heal, the pains of the Jim Crow era. St Petersburg’s popular Green Bench Brewery, whose founder descends from multiracial ancestry, discusses the benches’ complicated past on the brewery’s website, and has said he hopes to use the brewery’s brand to tell the benches’ entire history, including their painful associations.

Learn more about the legacy of St. Pete’s green benches in this story from the Tampa Bay Times.

ST PETE’S ICONIC GREEN BENCHES: THEIR LEGACY IS MORE PAINFUL THAN YOU THINK